Wave of the Future

Bringing you more from Under the Sea Expo....I absolutely love this Steampunk mermaid tail by Curio Obscura.  There are two styles available in four metals.  When I saw it I knew I wanted to go the cyborg route. Although my son, the gaming guru, says it's impossible to be part mermaid & cyborg because water and electricity don't mix.  I said I can be anything I want in SL. He then said "that's lame mom" lol  Hey but it makes for an interesting pic...so hello world it's me Steamborg Cindy! 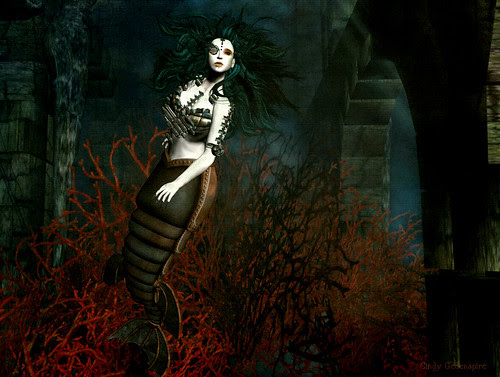 Zibska has a wide range of wonderful eye makeup at the Cosmetic Fair and thought Oren was perfect for this look.  Also added from the fair a lip color by Glamorize.  More notes below... 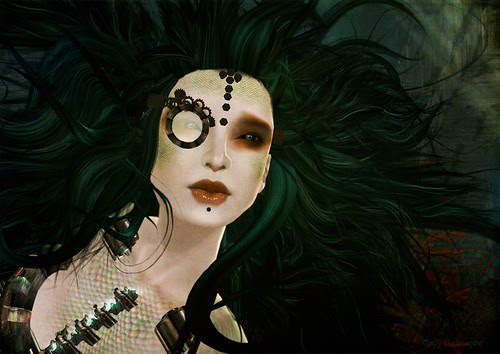